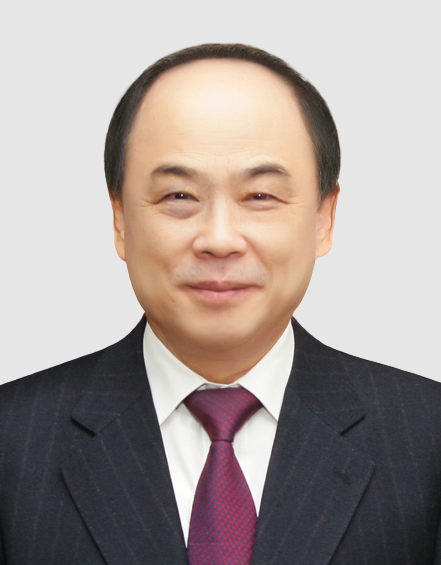 For those believers who lived diligently day by day for the glory of God, God said that they would go well as their hands worked hard.

"You will eat the fruit of your labor; blessings and prosperity will be yours"(Psalm 128:2)

Missionary Thomas, remembered as Korea's first missionary, tried to enter 'Taedong River' on the General Sherman in 1866. However the ship was burned down by the attack of the military forces from Chosun Dynasty, and missionary Thomas was martyred consequently. However just before his death, the missionary handed over the Bible to a boy named Choi Chi-ryang, and then the Bible was handed down to a man named Park Young-sik in Pyongyang who used it as a wallpaper for his house.

After that, the house was sold and became a tavern. Some time later, missionary Samuel A. Moffett and investigator Han Seok-jin happened to stay at the tavern. As a result, it was not until more than 30 years later that missionary Thomas' martyrdom was passed down as the gospel and the place became the origin of 'The Great Pyongyang Revival'.

The life of devotion in the Lord someday would bear fruits. God takes disciplinary actions in order to give fruits to His people. However if we follow God's will, we would experience beautiful days eventually. There is resurrection after cross, and glory after hardship. If a kernel of wheat falls to the ground and dies, it produces many seeds.

"I tell you the truth, unless a kernel of wheat falls to the ground and dies, it remains only a single seed. But if it dies, it produces many seeds." (John 12:24).

1. Peter was criticized in Jerusalem.

"So when Peter went up to Jerusalem, the circumcised believers criticized him and said, You went into the house of uncircumcised men and ate with them." (Acts 11:2-3)

The apostles and brothers in Jerusalem criticized Peter for having entered the house of a gentile, Cornelius and preached the gospel. However this is something to be complimented from God's side. At that time, Jewish people considred gentiles unfaithful. Then Peter explained calmy what he had experienced.

"Peter began and explained everything to them precisely as it had happened:" (Acts 11:4)

Likewise even when we are misunderstood, it is important to rely on the Holy Spirit and explain well with endurance. We would have to wait and deliver patiently, believing that the Holy Spirit would impress those who listen to the Word of God. When Peter prayed in Joppa, creatures that were prohibited from eating in Leviticus came down in his vision.

In the vision, Peter heard a voice telling him to kill and eat the creatures. But he refused to do so becuase he himself had the same idea as those who criticized him in Jerusalem. However Peter's idea changed during the vision.

"The voice spoke from heaven a second time, 'Do not call anything impure that God has made clean.' This happened three times, and then it was all pulled up to heaven again. "Right then three men who had been sent to me from Caesarea stopped at the house where I was staying" (Acts 11:9-11) Eventually Peter was able to understand God's will through the vision of comparing gentiles to unclean food.

2. We should not call anything impure that God has made clean.

We shouldn't condemn what God has already forgiven. We can't say 'no' to what God has decided. Even the evils are built to use on evil days. However every time we see it, we need to look at God of righteousness and then  pray.

"The voice spoke from heaven a second time, 'Do not call anything impure that God has made clean'." (Act 11:9)

While Peter was thinking about his vision, three people who Cornelius had sent previously were there in front of his house. At that time, the Holy Spirit told him to go without any doubt.

"The Spirit told me to have no hesitation about going with them. These six brothers also went with me, and we entered the man's house." (Acts 11:12)

Peter went to Cornelius' house not by his own but sincerely moved by the Holy Spirit. When he entered the house, the blessing of the Holy Spirit came upon them.

Likewise Holy Spirit stil works for us. The Holy Spirit let those who are noble be given with a huble heart, and let those who fail meet those who fail.
Our life of faith is not possible only with our own power. If there is anyone who is determined to protect his/her own faith regardless of the church, he/she will be very vulnerable to overcoming the crisis of faith. Just as Cornelius asked for Peter because he needed him, the sick definitely need one who prays for himself/herself.

"Is any one of you sick? He should call the elders of the church to pray over him and anoint him with oil in the name of the Lord. And the prayer offered in faith will make the sick person well; the Lord will raise him up. If he has sinned, he will be forgiven. Therefore confess your sins to each other and pray for each other so that you may be healed. The prayer of a righteous man is powerful and effective."(James 5:14-16)

"So if God gave them the same gift as he gave us, who believed in the Lord Jesus Christ, who was I to think that I could oppose God?" (Acts 11:17)

If God decides to discipline, there is no safe place. When Peter explained what had happened, those who criticized him remained quiet and gave glory to God."When they heard this, they had no further objections and praised God, saying, "So then, God has granted even the Gentiles repentance unto life."(Acts 11:18)